The year 2015 has pushed Jammu and Kashmir to an alarmingly dangerous threshold. People of the state are feeling lost and confused as they find themselves caught in a bind in an all-suffocating atmosphere of reeking corruption and an unresponsive system peppered by communalism and radicalism. Is it worth living in this state, where the leadership of all hues is self-serving and interested in promoting a highly polarised agenda? This question is haunting the people in the state, with each region and community becoming distrustful of one another. 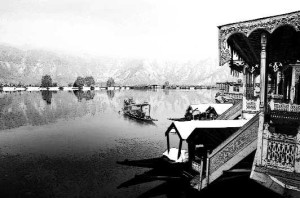 The Kashmir valley, inhabited by mostly Muslims, is suffering for the people there feel that they have been pushed to a corner by Hindu radical groups. They have come to believe that the party that they had elected to safeguard their interests, Peoples Democratic Party, is doing the bidding of the Sangh Parivar. It is not known if this is true or not. But the public perception has grown in this manner because the voters had not voted for this arrangement at all.

They are also having an uncanny sense of defeat. It stems from the whirlpool of corruption that has denied them access to their daily needs. Scandals of huge proportions have sullied welfare services like ration distribution, making of Aadhar cards and the land transfer process. Nothing moves in the government unless money exchanges hands; industrialists have to pay a special bribe to the pollution control board to keep their units running unhindered.

Communalism and radicalism which took a rebirth a few years ago have now become full-sized monsters ready to eat whatever is left of the semblance of communal brotherhood and regional integration.

Pakistan also is playing its role in promoting the narrative of sectarianism and radicalism. A fertile ground is available to it. External forces can operate successfully only when fertile ground is available inside. This was Mufti Mohammad Sayeed’s argument in the late 1980s, when militancy broke out in Kashmir. His theory was substantiated by the frustration of the people with an uncaring system.

Today the fertile ground of disaffection is getting pushed further. Who should be blamed? This time, it is Mufti Sayeed and his BJP colleagues’ turn to answer.

In 1989 when militancy erupted, the Valley was in turmoil. The peace-loving people, both Hindus and Muslims, fled to Jammu for safety. Jammu hosted them for more than two decades. They purchased land and constructed their homes. Some did it legally, others encroached upon government land. This practice is continuing to date.

Now, Jammu is facing an identity crisis. There is nothing like Jammu the people had known for over centuries. The communal fabric of the place, when the murderous campaign was going on in other parts of the state, saved many. That fabric is being shred apart. The original population has been swamped with non-locals. Native Muslims, Hindus, Sikhs and Christians are feeling the pinch.

Various parties have caused the meltdown of Jammu’s identity over the years. But the party that the people had elected to safeguard its interests —BJP — is now playing the main role in pushing Jammu into a corner. It is high on rhetoric and short on action. It raises issues and then meekly surrenders to the greed of staying in power, no matter what humiliation it brings to its voters.

Still everything is not lost. The need of the hour is that this coalition government stays. Falling apart of this arrangement may spell more trouble for the state. That would further communalise and radicalise the state. There is no doubt about it. The solution is that this government revisits its poll-time promises and delivers them. There is no room available for its failure.