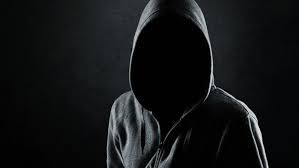 History does not allow us to pass judgments; even, you cannot draw lessons from it. However, we can interpret it, so that the consensus version acceptable in all times and to all multiplicity, if possible could be explored. Therefore, without carrying a baggage of ideology and confessionalism, dialectics of social forces and emerging of social formations seems to be a scientific approach to comprehend the social history. Why are we cursed a pathological case? True, displacement of minority en-masse, death of one lakh people, and vanishing of primary groups have not only fractured Kashmir’s cultural core but have made it an ailing society, as well.

Time is opportune when its analysis is possible. It’s ripe because the process of globalization has created ‘compression of time and space’ where electronic media and information technology have leashed a social revolution, created a  new social  and political consciousness to  affront the question, if he is the ‘other’, who then ‘I am’.

No wonder, the befallen calamity on Kashmir for the last two decades has created a space for contested history, tacitly sharpened the binaries and guardedly presented it to suit the power realm. Since Kashmir narrative is an untold tale, it has lost its analysis in the discourse of India –Pakistan dispute. Its estrangement and the realm of disillusionment have become frozen. It has lost its say in contemporary political discourse.

Kashmir is a product of historical subjugation that has produced two parallel realms, the outer -politically hegemonic and dominating while the inner as subdued and evolved but compromising.

It was the native genius of Kashmir that learnt to live with the greater traditions of Islam and native little traditions of Hinduism and Buddhism. It was a spiritual experimentation of different faiths and traditions, a blending of Vedanta and Islamic tenets, merging Kashmiri Saivism and Sufi streak of Islam.

It gave us a cultural, social and spiritual repertoire and identity of ‘Resh vaer’ and ‘peer vaer’ with huge cultural, social and spiritual core, a powerful bond of togetherness. This marked our login, a common identity. If Lal Ded was its harbinger, Nund Reshi was the structuration, a plank of its continuity. This is an unparallel tradition of Kashmir genius how to combine two different religions without eliminating its parts. It has been a successful experiment of nativity in consonance with universality. Its first rupture was in the tragedy of Zoon. The tragedy of ‘Zoon’ was a collective tragedy; a loss of identity, for it marked the history of subjugations and inhibition of our cultural stream by non native different monarchies.

Quit Kashmir movement gave us hope. Triggered by the fervor of the National Movement, the two natives, Nehru and Abdullah succeeded in giving us freedom from monarchy with dignity and a chance to regain our nativity. Alas, the Cold war broke out which manifested the rivalry of the two powerful blocks and countries were divided and made to fight on religious and ideological lines. Kashmir was a strategic depth of the west to keep it on boil. India and Pakistan were the strategic assets of the Cold war, the instrumentality. Nehru’s non-alignment had no purchase and Abdullah was made to show back to Nehru.

The state priorities from the agenda of social reconstruction and development changed to promote a mystified superstructure with infused inferiority.

Pakistan was made a security state run by its military and India’s nation building process was put to halt with conditionalities.

Media was controlled, borders were opaque and mobility was less. There were no global channels and internets to confirm the authenticity of the information. Hearsay, radio and local newspapers were giving guardy and structured information. Pakistan’s military might, coupled with religious fervor was playing on and on, while demeaning India’s secularism and highlighting its vulnerability as a nation-state.

The naive Kashmiris were so mystified to believe that everything best was on the other side of the mountains. Since they had not seen it, it seemed to be a referent of affluence and justice, where as the eastern side of the plains looked hegemonic and uncivil.

When Cold war ended, borders became porous and Pakistan seized the opportunity to annex it through participatory insurgency. The ramifications were that the poor Kashmiris suffered hugely. They were late to realize that there was no clash of civilizations but a conflict over resources. By then, one hundred thousand lives had perished, four hundred thousand people had been forced to leave their homes and its cultural core was broken. The process demystification came with a sense of loss.

Kashmir at the moment is fractured. People are disillusioned. Cultural capital is in shambles, unable to knit its core again. With the change of times, values also change. It needs introspection through self-reflective of visionary leadership. Kashmir needs all its natives to live in dignity. It is up to them to talk and settle the issues rather than India and Pakistan to think for them.

In Zoon’s tragedy, we wept together, during the non-native subjugations, we laughed at ourselves together and developed incur against the non-native rulers. In Quit Kashmir movement we stood together and our assertion succeeded. However, in the recent turn, we were broken into parts. Zoons’ nemesis follows us. Our dear ones, by lure or compulsion, have left Kashmir. Mothers still weep for their sons, who have never come back home and homes have turned into ruins and to mourn for their natives who never could return to be part of core again. We need to introspection, minority cannot be floated nor it can be liquidated and majority cannot be fooled nor mystified for all times. The time is ripe for a fresh reflection.

The author can be mailed at ashokkaulbhu@gmail.com