At least 12 people were injured after protests in the capital Srinagar and other parts of the state turned violent after Eid prayers. 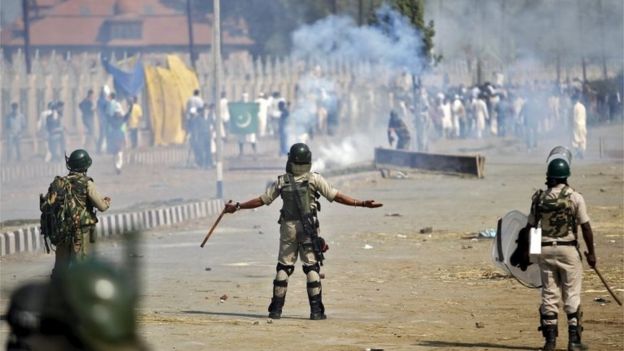 Protesters are angered by the arrest of four religious and separatist leaders, and a 40-hour ban on internet services.

That ban came after some local Muslim leaders urged people to upload pictures of cows being slaughtered for Eid.

Eyewitnesses told the BBC’s Riyaz Masroor that clashes broke out after anti-India protesters marched with posters of armed militants.

Tensions have been high after a court upheld a law prohibiting the slaughter of cows. Cows are a sacred animal in Hinduism, India’s main religion – but India-administered Kashmir is mostly Muslim.

Several religious leaders and separatist groups in the state put out a call asking people to slaughter cows instead of the traditional sheep and goats – although some leaders also urged people not to hurt religious sentiments. 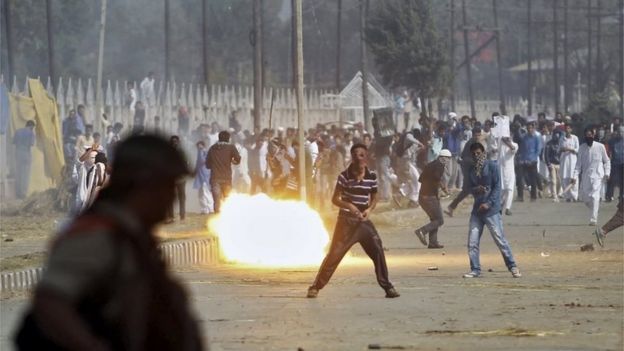 he authorities then blocked access to the internet so that people would not be able to upload images of cow slaughter.

Police have also made several arrests in recent days, including that of Mirwais Omar Farooq who was scheduled to lead Eid prayers in Srinagar.