Dukhtaran E Millat has said that the puppet government has shown its frustration by not releasing Syeda Aasiya Andrabi despite her getting the bail from the court. A spokesperson of the party said that the police finally produced the report in the court and the leader was bailed but she has not been released. She said that because Syedah Aasiyeh has appealed the people to sacrifice bovine preferably the puppets have put her in illegal confinement overlooking her bad health and the doctors advice of her immediate hospitalisation. 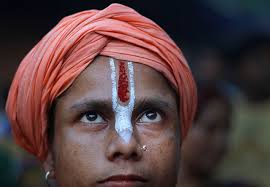 The spokesperson further said that India is trying to impose hindutva culture in Jammu Kashmir and whosoever comes in way is being harassed and even incarcerated like Syedah Aasiyeh Andrabi. Quoting Syedah the statement said that “we are not against any religion while calling for bovine slaughter on eid but we are actually practising our own religion”. Syedah has further said that Islam has taught tolerance but one is wrong to mingle the tolerance with Coward ness. She said that India and its local puppets are living in a fool’s paradise if they expect to Cowdown me or any other leader but the attests or another atrocity.

“Though I am very sick and in a very painful state in Rambagh police station but I feel content, I pledge to keep doing whatever I have been upto for the freedom struggle” she said while repeating the appeal of simple eid and remembering the martyrs and their kin on eid.