‘No demilitarization at this moment’ 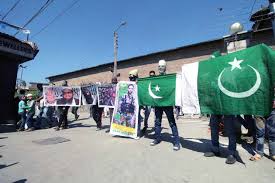 According to GNS correspondent, while talking to reporters during a media interaction at Badami Bagh cantonment, the army commander said that it becomes difficult for forces to carry out operations against the militants in Tral and other adjoining areas as these militants enjoy local support and mix-up with local population.

He said that the army doesn’t want to harm the local people. “We don’t want any collateral damage. People are our first priority,” he said.

He said that though there has been recruitment of militants in South Kashmir but some boys have also come back.

“However, our counter-infiltration grid is strong and robust and we have foiled all their attempts,” he said.

Ruling out pull-out of troops from the Valley as of now, he said that the situation is not ripe for the demilitarization. “If we pull-out troops at this moment, the elements inimical to peace would fill the gap,” he said. He said the situation in Valley has been brought down to manageable level with persistent efforts of army and other forces.