Police have claimed to have arrested six persons in connection with the uploading of photos and videos of Hizbul Mujahideen Commander Burhan Wani and others on social media sites. 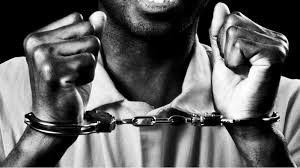 A police officer told GNS that six persons have been taken into custody from different parts of south Kashmir and they are being questioned in this regard. He said a case FIR number 5/2015 U/S17, 18, 18A unlawful activities act has been registered at Awantipora Police Station.

The police officer said that the manhunt to nab the persons involved in uploading photos and videos of militants would continue and strict action would follow. “They want to exploit young people by luring them towards militancy,” he said. The officer didn’t divulge further details.

There were reports of more youth joining militancy as a result of these pictures and videos which surfaced on social media.

Pertinently, army and police arrested four teenagers from Sopore in Hafrooda forest area in Handwara while trying to cross over to PaK allegedly for arms training. (GNS)