The locals and tourists in the mountainous town of Bhadarwah continue to face inconvenience as the authorities fail to fully restore Bhadarwah-Doda road closed for the past 15 days due to landslides triggered by heavy rainfall. 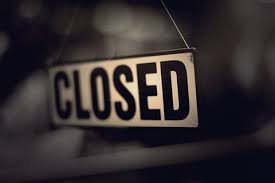 Incessant rains in the region, which further triggered landslides, led to closing of the road in Doda district since past few days.

Deputy Commissioner, district Doda, Bhupinder Kumar said, “To completely remove the debris from road in the area we will have to completely suspend the traffic for at least three days, but as the Yatra season is on we are unable to do that.”

He said the administration has kept a couple of machines on the standby and expressed hope that they will start the restoration work soon.

Meanwhile, the residents of the town claimed that the tourists visiting the area are stuck due to the closure, while the pilgrims of annual Kailash Mani-Mahesh and Machail Yatra are also facing trouble.

“Not only we are facing acute shortage of essential commodities, but the tourists who have come to this area are also stuck due the closure of the road,” a local resident said.

The shortage of essential commodities has resulted in black-marketing by the hoarders, the residents claimed.

“There is acute shortage of petroleum products, life saving drugs and other essential commodities. The black marketers are taking advantage of the situation,” Mohd Ashraf Goni, a Bhadarwah resident said.

“They are not only looting public by shooting up the prices, but also selling spurious, sub-standard and adulterated products to the consumers,” Goni added.

While accusing the BJP-PDP coalition government of ignoring the plight of the residents of this mountainous area, the residents here accused that all the promises made prior to the Assembly elections have fallen flat.

“When Prime Minister Narendra Modi and Union Home Minister Rajnath Singh visited here, we were hopeful that our backward area would also see some development, but nothing changed on the ground,” Shareef Ahmed, another local resident, said.

The closure of the road for the past 15 days is a glaring example of the neglect that we people are facing, he added.