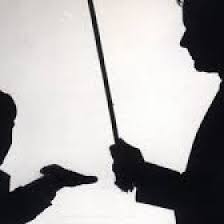 A teacher of a private school in north Kashmir’s Kupwara district has been booked for allegedly assaulting an eight-year-old student.

The class II student of Kashmir International School in Handwara, has marks all over his back after being beaten up by teacher Towseef Ahmad with a stick on Saturday, police said.

The teacher got annoyed with the kid because he was shouting loudly with another student and had entered into a tiff with him, they said.

A case under Juvenile Justice Act has been registered against Ahmad, police said, adding, he has been detained for questioning.